We now know how to do just that. We can get innovation and execution to work side-by-side.

To start it requires board support and CEO and executive staff agreement. And recognition that cultural, process and procedure changes are needed to embrace learning and experimentation alongside the existing culture of execution.”

In the 20th century corporate skunk works were used to develop disruptive innovation separate from the rest of the company. They were the hallmark of innovative corporations. 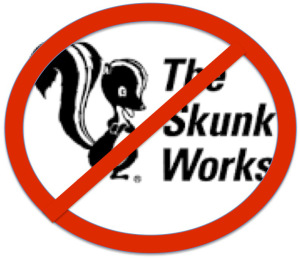 In the 20th century companies could be leaders in a market for decades by just focusing on their core product(s). Most companies incrementally improved their products with process innovation (better materials, cheaper, product line extensions) and/or through acquisitions. Building disruptive products were thought of as ”risky” and a distraction since it was not “core” to the company and did not fit existing corporate structures. Why make big bets if no one was asking for them and competitors weren’t doing so.